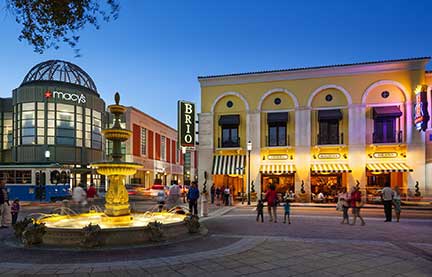 From elderly to kids not moving out, lack of axordable housing a concern in Palm Beach County

Speaking at The Kravis Center, President and CEO of Housing Leadership Council of Palm Beach County Suzanne Cabrera said residents who are elderly, disabled or have special needs sometimes pay more than 80 percent of their income on housing.

Suzanne Cabrera fields an array of phone calls from people desperate for an affordable place to live in her position as president and CEO of Housing Leadership Council of Palm Beach County.

“I get a lot of calls from the elderly,” she told an audience of perhaps 400 people at a Kravis Center luncheon sponsored by the Community Foundation for Palm Beach and Martin Counties. “But the second-highest category is parents saying I need my kid to move out of the house. We don’t have basements in Florida where your kids can live with your forever,” she said to laughter.

Cabrera was on a panel that provided a lot more sobering assessments than laughs when discussing the causes and potential solutions to affordable housing in Palm Beach County.

The county’s population has grown 12 percent in the past 10 years, and housing units have not kept pace, said Jack Weir, president of Eastwind Development Group. “We’re just not producing that many units, across the board. “West Palm Beach is trying to attract financial services companies … and those businesses are not going to come here and the businesses here are not going to be able to grow if they can’t have housing for their folks who are working.”

Panelists said the problem would be less dire if the state legislature didn’t divert vast sums of money intended for the construction and retrofitting of affordable housing to other programs. Known as the State Housing (or Sadowski) Trust Fund, it was created in 1992 by having doc stamps on all real estate transactions being earmarked for the fund. The hotter the real estate market, the more money would be generated for affordable housing.

In the past nine years, according to Cabrera’s data, Palm Beach County has contributed $251.9 million from doc stamps, but $157.7 million has been diverted by legislators for other purposes.

In the last fiscal year alone, the county could have received $17 million from the doc stamp revenue, Weir said. “Instead, it got $2 million. “One of the first things the Legislature could do is treat it as a trust fund and not a slush fund.”

“It may be time for Palm Beach County to think about a dedicated funding source for affordable and workforce housing,” Weir added.

Short-term solutions, Weir said, include cities providing density bonuses for a percentage of new units to be built for workforce housing, reductions or waivers of some building fees in return for some units being set aside for affordable or workforce housing, and low-interest loans from municipalities to developers of such properties.

The county does some of these things, said Jonathan B. Brown, director of the Palm Beach County Department of Housing and Economic Sustainability. “It’s not just the county,” he said. “There has to be assistance from the municipalities. You would probably be surprised at the number of municipalities that don’t even have a housing department or a housing division.”

Based on survey done more than a year ago, 80 percent of county employees qualified for the workforce housing program, Brown said. The figure tops 90 percent for teachers, he added.

“Our own employees are not being able to find housing,” said another panel member, Wellington mayor Anne Gerwig. “We have adjusted some pay because of that. If you can’t live in the community you work in, it creates a whole other problem with transportation.”

Brown reminded the audience that employed homeless people living in their vehicles also need to be considered when discussing affordable housing. “That’s a population that we don’t want to forget about. They are part of this community and we need to make sure that we’re vigilant in addressing housing for our homeless population.”

Weir said another partial solution to the housing crisis in the future is mixed use developments. “One of the most exciting frontiers right now is redevelopment and repurposing of existing retail centers and commercial space,” he said, citing older shopping centers with vacant retail units along U.S. 1, Dixie Highway and Military Trail.

“A lot of those can be re-purposed and turned into mixed-use centers where they have housing, they have retail, they have restaurants, they have office,” Weir said. “We’re doing one of those developments in another county. That’s going to be a ready source of new housing units, a fair share of which will be affordable or workforce housing in the coming years.”