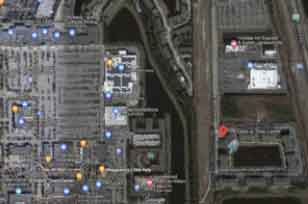 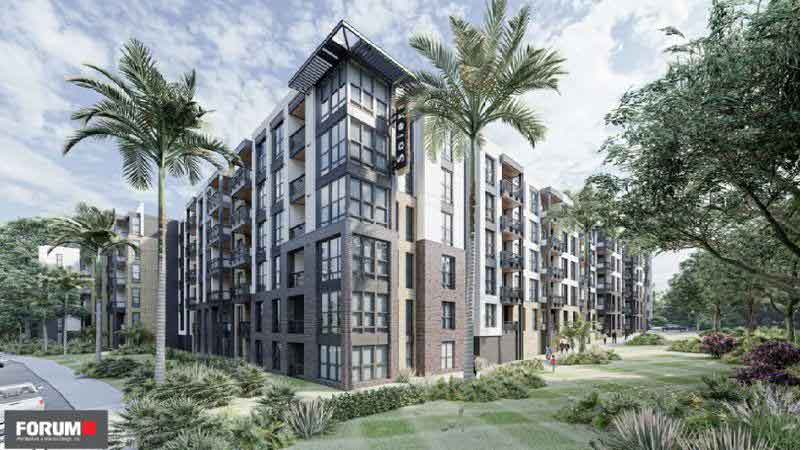 Multifamily Development of The Year

Madison Pointe in Daytona Beach Florida was awarded the Multifamily Development of The Year by the Apartment Association of Greater Orlando. 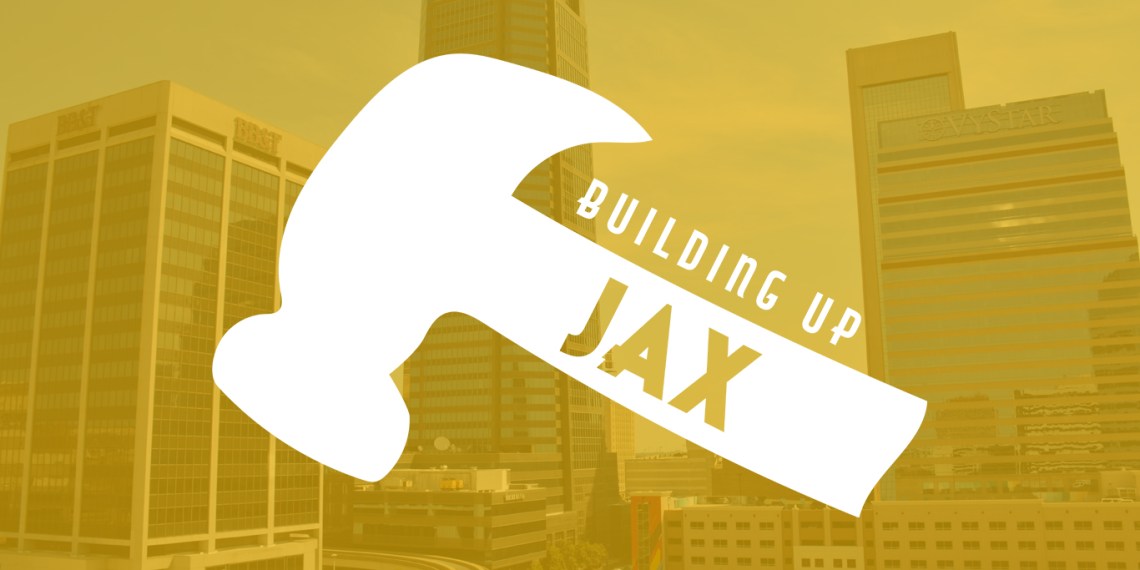 Building Up Jax: Multifamily projects proposed at Town Center, Collins and I-295

Two large-scale apartment developments are proposed in red-hot corners of the city.

Eastwind Development submitted plans for Solera at Town Center, a 278-unit apartment complex along Brightman Blvd. between the existing Oasis at Town Center and Floor & Décor. Plans show one large building featuring a garage, courtyard, and pool deck, along with an adjacent dog park and urban garden.

Subaru of Jacksonville to build along St. Johns Bluff Rd.

The new facility is likely intended to either replace or complement its existing one-story building just around the corner at 10800 Atlantic Blvd.

Camel Premium Express Car Wash submitted plans for a new carwash facility at 5109 University Blvd. W. It will take the place of a former RaceTrac gas station and convenience store, which will be demolished to accommodate the project.

Local government leaders are hailing a new luxury apartment complex in West Palm Beach’s Warehouse District as an important part of the area’s transformation from a neglected stretch of dilapidated buildings to a hip place to work and play.

City officials said the 178-unit District Flats complex, located at 1050 Blanche Street, is the first multi-housing project built in the Warehouse District, roughly located between Elizabeth Avenue and Clare Avenue east of Interstate 95 and west of Flamingo Park. The complex includes 36 units that have been set aside as workforce housing to be rented at discounted rents. 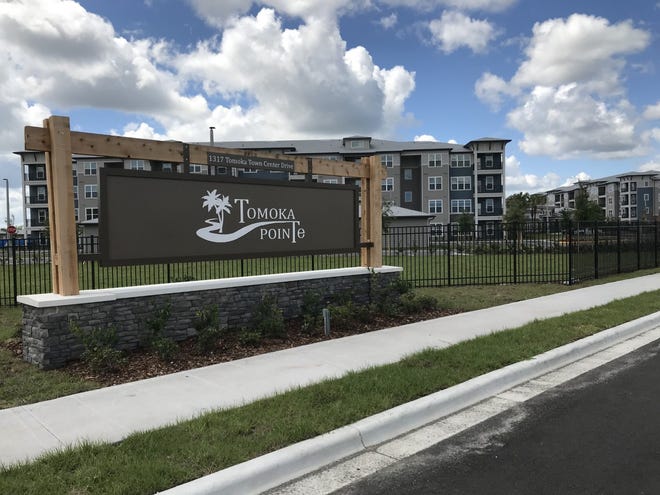 DAYTONA BEACH — Just over a year after welcoming its first residents, the Tomoka Pointe Apartments behind Tomoka Town Center shopping center has sold for $57.1 million.

It’s the most ever paid for an apartment complex in Volusia County and comes on the heels of record-setting sales of two mobile home parks in the Daytona Beach area.

The buyer of the 276-unit Tomoka Pointe Apartments is an investor group that has offices in South Florida and Atlanta, Georgia, said Ryan Moody, one of the commercial Realtors with Newmark Knight Frank that was involved in negotiating the real estate transaction. Moody is a senior managing director with the national real estate brokerage.

He did not identify the buyer.

Residents at Tomoka Pointe recently received notices informing them of the change in ownership. The new owner is identified as an entity called “WP TomokaPT MF-FL Owner LLC.”

State incorporation records show the address for WP TomokaPT as being in Plantation. The address is also shared by two other companies, CT Corporation Systems, and a newly formed entity called Paragon Healthcare Limited Partnership. CT is a subsidiary of Wolters Kluwer, a multi-national information systems company based in the Netherlands with offices in countries throughout the world.

The sale price for Tomoka Pointe is a new record, both in total amount as well as how much it fetched per unit: $207,884.

The previous record for total amount was believed to be the $46.2 million sale in 2018 of the Sands Parc Apartments just under a mile to the north along the east side of Williamson. Sands Parc was the LPGA area’s first new luxury apartment complex when it was completed in 2017.

“(More than) $206,000 a door, that’s a really good number,” said Ty Lohman, an Ormond Beach investor who was not involved in the Tomoka Pointe sale but has bought and sold a number of apartment properties both in the Daytona Beach area as well as in Jacksonville and Orlando in recent years.

“I can’t think of a bigger sale for a single apartment property (in Volusia County),” said Lohman. “With interest rates so low right now, the demand (among national investors for apartment properties) is there.”

Luxury apartment properties, also known as “Class A multifamily,” are appealing to investors as a safe, steady source of revenue, according to a recent article in Forbes magazine. That appeal has increased with the onset of the COVID-19 coronavirus pandemic.

“Multifamily has historically been a very good investment during a recession. Now, with the pandemic creating volatility in office, retail, industrial and other sectors, the capital usually directed toward those investments will most likely seek the stability and predictability of multifamily,” according to the Forbes article. “Why is multifamily the strongest asset class during the pandemic? It’s pretty simple: Everyone needs a place to live.”

Ryan Moody of Newmark said the occupancy rate for Tomoka Pointe Apartments is in the low to mid-90% range.

Luxury apartments also hold strong appeal to investors because they tend to be located in fast-growing communities with the demographics to support them.

The LPGA corridor has been the fastest-growing area in Volusia County in recent years. New developments include the side-by-side Tanger Outlets and Tomoka Town Center shopping centers, the Jimmy Buffet-themed Latitude Margaritaville 55-and-older community and all-ages Mosaic “full life” community on the west side of I-95, the new Publix-anchored Latitude Landings shopping center in front of Margaritaville, and distribution facilities for both Trader Joe’s and Amazon.

The area also saw the $96 million sale in July of the 533-home site Aberdeen 55-and-older manufactured home community along the west side of Clyde Morris Boulevard, which set a record for the most money paid for a mobile home park in Volusia County. That record is set to be eclipsed this month when The Falls at Ormond 55-and-older mobile home park just up the street from Aberdeen is set to close. The sale price for The Falls has not yet been disclosed, but is believed to be more than $120 million, according to Frank Valenti, president of the community’s homeowners association.

The buyers of both Aberdeen as well as The Falls are national investor groups.

The area’s growth has spurred a surge in new luxury apartment projects in the area, including the new 500 East Apartments on LPGA Boulevard, just east of Clyde Morris Boulevard and the new Napier Apartments on the east side of Williamson, across from the AdventHealth Daytona Beach hospital.

The website apartments.com lists rental rates for apartment units at Tomoka Pointe ranging from $1,216 to $1,800 a month.

“With that kind of return, investors can afford to spend that kind of money,” said Buddy Budiansky, a commercial Realtor with Realty Pros Commercial, who was not involved in the Tomoka Pointe sale.

Carl Lentz IV, the managing partner at SVN Alliance Commercial Real Estate Advisors in Ormond Beach, said he is not surprised that Tomoka Pointe sold for such a high amount.

“The growing demand for multifamily has created the necessary stability to entice investors to place their money in multifamily investments in the growing Daytona Beach market,” he said.

Demand for luxury apartments in the Daytona Beach area has increased since the pandemic began because it is causing more people to relocate here from other parts of the country.

“A lot of people would rather rent a luxury apartment and enjoy the amenities they offer rather than buy a home and the headaches that come with homeownership,” he said. “I see that trend continuing for another three to five years at least.” 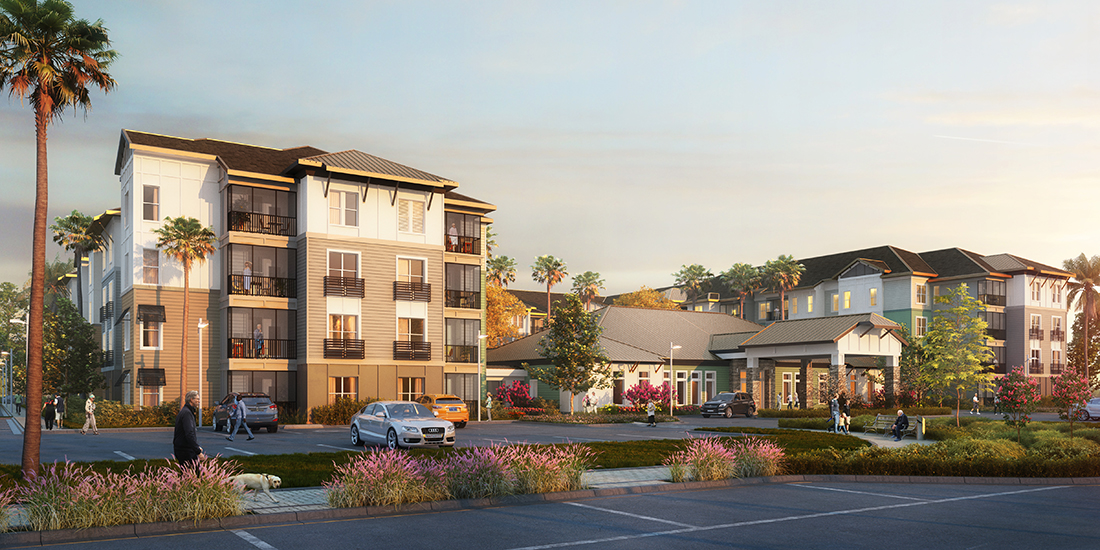 DAVENPORT, FLA. — Summit Contracting Group has broken ground on Siena Pointe, a seniors housing community in Davenport. Siena Pointe will be a four-story, wood-frame building situated on a seven-acre site. The property will feature 163 units of seniors housing in a 194,127-square-foot building. The community will be situated near Interstate 4 and U.S. Route 27, 33 miles southwest of downtown Orlando. Construction is slated for completion in fall 2021. The developer is Eastwind Development LLC, and the architect is Forum Architecture & Interior Design Inc.

Article was taken from rebusinessonline.com

The company’s Siena Pointe community, containing 163 units and related amenities, will be limited to residents 55 years and older, according to its website and information from commercial real estate brokerage Cushman & Wakefield, which represented seller BTI Partners of Fort Lauderdale in the sale.

Cushman & Wakefield’s Andy Slowik and Margery Johnson negotiated on behalf of BTI Partners, which also is the master developer of the $500 million Westshore Marina District property, in Tampa.

He adds that with the Eastwind sale, only one 13-acre tract remains within Posner Park. That site is likely to be reserved for a high-traffic retailer, such as a home improvement retailer.

“Retail adjacent to the site contributes to walkable amenities for future tenants,” Johnson says of the planned Eastwind project.

The article was taken from the Florida Business Observer. 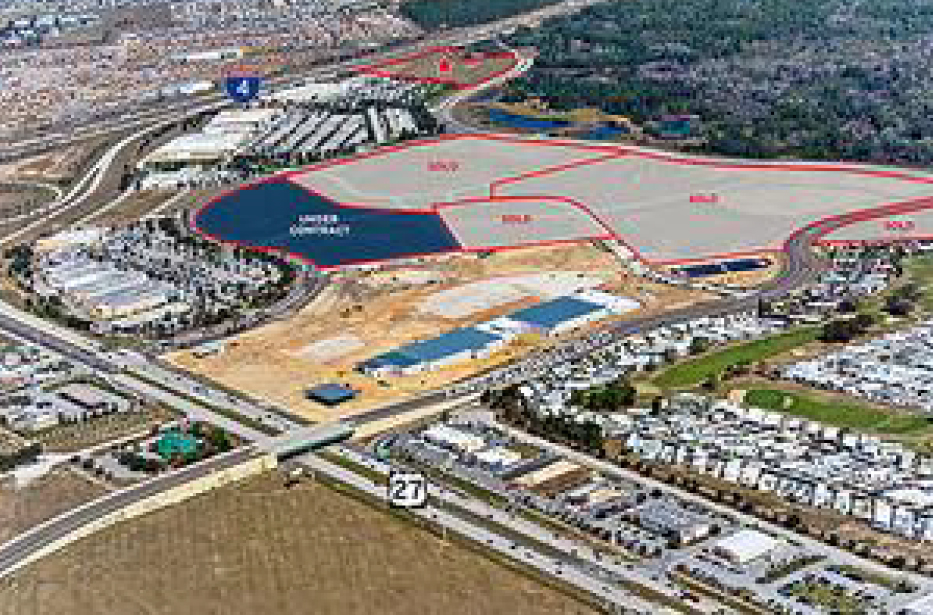 The developer of Tampa’s Westshore Marina District has sold off a parcel of a mixed-use project in Polk County. BTI Partners, based in Fort Lauderdale, sold a 7-acre parcel in Davenport’s Posner Park to Eastwind Development, which is planning to build a 55-and-up apartment complex on the property.

Posner Park is a 100-acre mixed-use development site near the interchange of Interstate 4 and U.S. 27. BTI started selling off parcels in the project in 2018, GlobeSt reports.

“BTI’s flagship investment strategy is predicated on acquiring residential and mixed-use land located in a path of economic growth, with a focus on major MSAs across Florida,” said Justin Onorato, CIO of BTI Partners, in a statement. Andy Slowik and Margery Johnson of Cushman & Wakefield represented the seller, an affiliate of BTI, in the transaction.

“The high traffic counts on both Interstate 4 and US 27 at this interchange contribute to the attractiveness of Posner Park,” Slowik said in a statement.

This is the fourth parcel within Posner Park that Cushman has sold, the brokerage firm said. The property is home to a 170,000-square-foot retail center.